Tell us a little bit about yourself. When did you start to work with illustrations and how this path led you to board games? 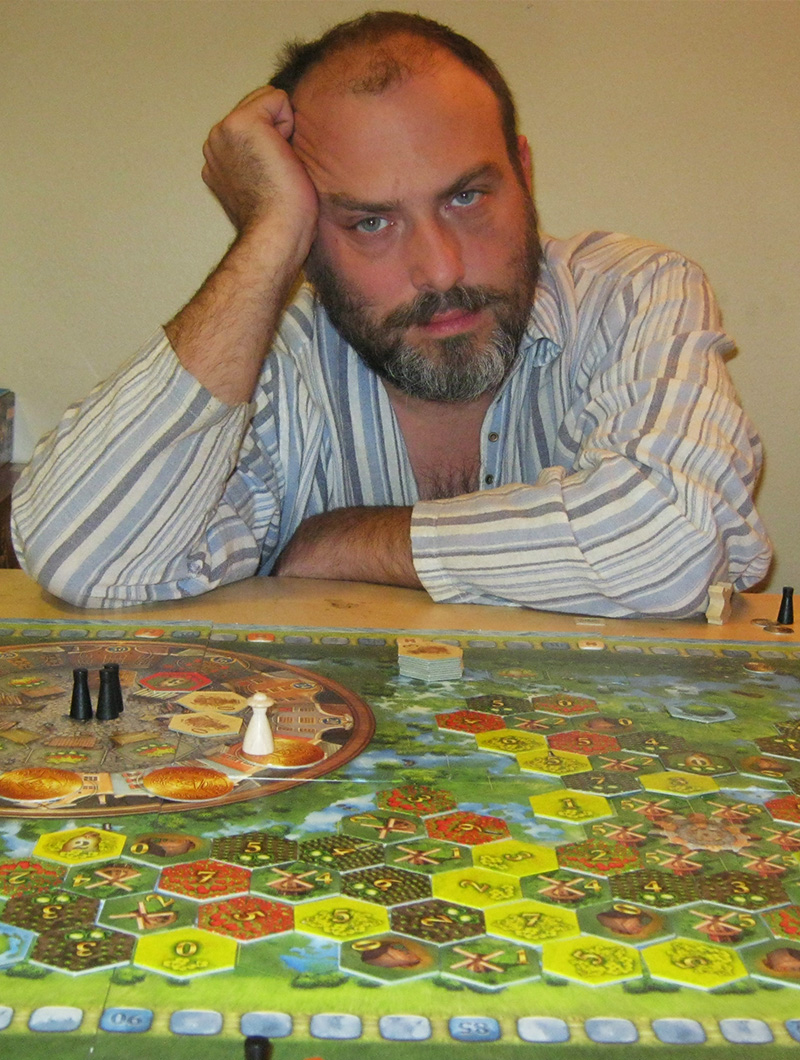 I’m 43 years old, living in Seattle, Washington on the west coast of the United States.  I grew up on a farm in Indiana—deep in the heartland of the U.S.A.  I first grew interested in illustration from looking at the beautiful pictures drawn by John. R Neill for the famous Oz books.  I was enthralled by the colorful and imaginative scenes, and very inspired by the high level of detail.  I went on to study art and graphic design in college and eventually landed a job working for a small company that designed an imaginary world called Magi-Nation.  One of the things we created for Magi-Nation was a collectible card game, which in turn, introduced me to the world of contemporary board games.

I was never a huge fan of collectible card games, but I was immediately in love with all of the new Euro-style board games I discovered.  I made my first board game illustrations as a private project: a full graphical redesign of Merchant of Venus.  I posted the files for free download on Boardgamegeek.com and received a lot of attention and recognition for the project.  As personal projects, I did updated graphics for several more older out-of-print games; most notably Mystic Woods.

How many games have you done the artwork for, and in which projects are you working right now? 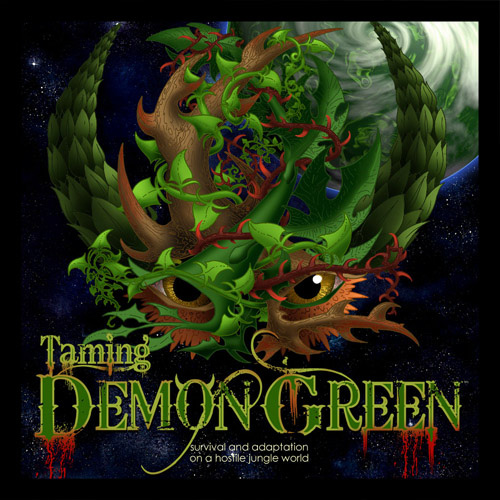 I am pretty new to professional board game illustration; just getting started really.  My first published board game illustrations were for Stronghold Games’ 2012 release Article 27.  Next I worked on Quarantine and The Guns of Gettysburg for Mercury Games.  I have just recently finished the box cover art for another upcoming Stronghold title, and I’m about to begin a new large-scale illustration project for a new game from Mercury Games.  I have continued my own personal projects as well, including a complete graphical retheming of Splotter’s Duck Dealer—taking it from a silly space theme to a light-hearted medieval magic theme.  I have also created a large amount of artwork for my own game in progress, entitled Taming Demon Green—a semi-cooperative game about colonizing a very harsh jungle planet.

Your style varies from the more “serious” or to the more cartoonish, how do you coordinate the line of work for the different styles of board games?

where do you get your inspiration and how do you do the research for your drawings?

As both a graphic designer and an artist, I have tried to develop many different styles to offer my clients.  For my own preferences, my work would most often look like the images I created for my version of Merchant of Venus.  Stronghold Games wanted a lighter, more comical, look for their Article 27—so I had to research other styles of character drawing using both the internet and traditional drawing books as my guide.  For Quarantine, Mercury Games wanted a look that reflected the early video game art styles. To design the hospital tiles, I drew upon my own experience with those types of video games as well as researching many screen shots from early games I discovered online.

I firmly believe that the artwork and graphics used in a game are very important to its success.  The artwork must be appealing and help to immerse the players within the theme of the game, but it should also never detract from the functionality of the game.  Game illustration should enhance understanding and ease-of-play.  It should be easy to look at and help gamer’s get a good understanding of the current game situation at a quick glance.  Well-designed and intuitive icons, obvious colors and shapes, and a logical layout should all be incorporated into a game’s final design.

I have always been a great admirer of the game illustrations of Michael Menzel (A Castle for All Seasons, Legends of Andor, Pillars of the Earth) and Franz Vohwinkel (Finca, Helvetia, Tikal).  I greatly envy these artists painting ability.  My own artwork is generally done in pencil and then inked, scanned and colored in Photoshop…I hope to someday be able to work efficiently in paint as well.

As far as favorite games and game designers go, I tend to prefer medium-heavy Euros such as Puerto Rico, Caylus, Goa, Agricola, Trajan and The Castles of Burgundy.  Lately, I have come to really enjoy almost every game designed by Stefan Feld.

Do you think that board games can be use for an education purpose?

Board games are an amazingly valuable tool for education.  They can teach resource management, critical thinking and tactical planning as well as enhance memory, social interaction skills and even teach lessons through simulation and/or theme.

What you know about Portugal? Have you ever visited Portugal?

I have to admit that I know very little about Portugal, and most of what I do know is historical.  I have never visited any country besides my own and Canada, although I would love to travel Europe and the Mediterranean.  When I think of Portugal, I mostly think of a country that did a lot of exploration and colonizing of the New World—and the spirit of that is what I am using to create the custom art you have asked for: a modification of the Merchant of Venus play money to show a prosperous future Portugal exploring and colonizing the stars.

Thanks for your patience 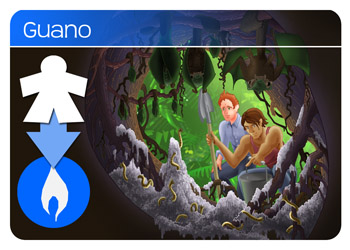