"Yes I think that games have an educational value, but more indirect and on a social level. If you sit with others around a table and you play, you must also learn to be a good loser. If you sweep the table after losing you probably won’t be invited to play ever again"

Gil - Tell us a little bit about yourself. When did you start to work with illustrations and how this path led you to board games?

Dennis - I´ve been drawing ever since I’ve been able to hold a pencil. I started by copying comics and then made up characters of my own. My granddad taught me a lot too ‘cos he was very artistic and interested in drawing.

Whilst I was at school I used to secretly draw under the desk in nearly every class. Due to this I got into a lot of trouble with the teachers. They always thought that drawing was a waste of time and it wasn’t possible to earn money with either, hehehe!

Later I studied graphic design with a concentration on illustration. I became a freelance illustrator as soon as I got my degree.

At the beginning I naturally took on any job that brought in money. But after about a year I asked myself what I actually wanted to achieve with my work. I’ve always loved playing board and role-playing games and was always impressed when the games were well illustrated. This was the reason that I went to the games convention in Essen 2005 to introduce myself to the different publishers. As I had not yet designed a “real” game I took a small portfolio with fake covers and game material to show how I would put different themes into practice.

The result was the first work with Argentum Verlag. That was the door opener into the whole gaming sector and I now regularly work for approx. eight Publishers.

The nice thing about having games being work content is the great atmosphere within the gaming community. The Editors and Graphic artists are more game freaks than they are business men. Also each game with its own individual material brings along its own graphical challenge…..

Gil - How many games have you done the artwork for, and in which projects are you working right now?

Dennis - Up until now I’ve worked on more than 50 games – the line-up going from abstract games such as the “Easy Play” Titles  from Schmidt Spiele to very thematic and illustrative titles such as “Village”. 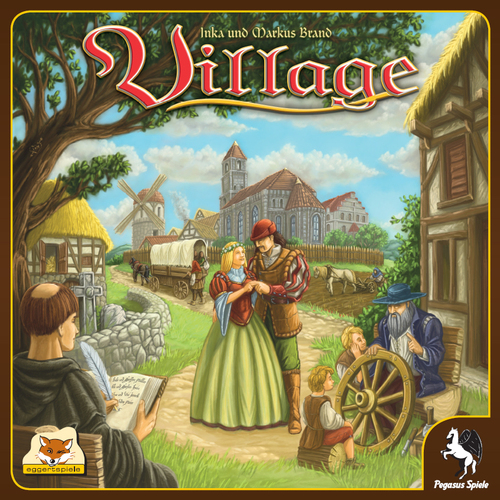 For some games I designed the whole material including the print files and the layout of the rules. For others I only designed the cover (for example by “Tüüt Tüüt” from Pegasus) or “just” a single card (“Dominion”). 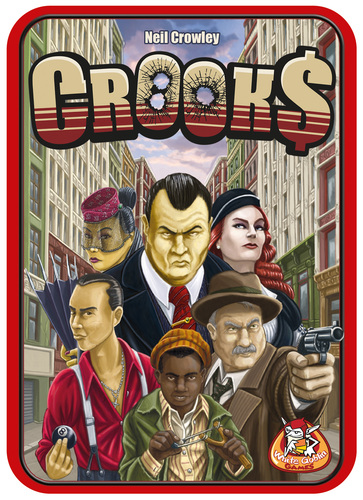 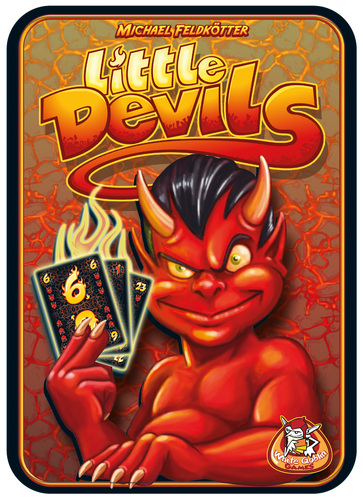 At the moment I’m working on two bigger games (one with a Chinese and the other with a western theme); two cards for a new Dominion-Extention, an abstract card game for Adlung Spiele and on two Party games. I’m also taking part in a pitch from a new publisher and hopefully will be able to work on a bigger (and very nice) game with a fantasy theme. Keep your fingers crossed that it works out ‘cos (apart from sci-fi) I’ve always wanted to bring out something with a fantasy theme!

Gil - Your style varies from the more “serious” or to the more cartoonish, how do you coordinate the line of work for the different styles of board games?

Dennis - That always depends on the game and its theme. Apart from that, the publishers have guidelines they want realised.

Personally I like lots of different kinds of illustration styles – from “South Park” to the classical fantasy illustrators Larry Elmore and Keith Parkinson. I don’t want to commit myself to one particular style. I think of myself more as a Graphic Artist/Craftsman who works artistically completing an order, rather than an artist completing his own visions. I do the latter when I have time to work just for myself – which sometimes results in something more cartoony and sometimes more fantasy/real.

When doing contract work it’s important that the results are good, the graphics fit the feeling of the game and that hopefully everyone (from the Contractor to the Gamer) is happy.

Gil - Besides board games, do you do illustrations for any other media?
Dennis - I’m a big fan of trashy subculture graphics such as skulls, pin-ups etc.

I therefore often do work for TSG, the manufacturer of Skateboard helmets. I design different graphics for the helmets and t-shirts. I do similar work for a motorbike company and also do the graphics for a ska-punk band (old school friends of mine).

I also illustrate children’s books which are then full of funny and friendly things, with lots of cute animals and happy faces. Sometimes I can’t believe it myself but that’s a lot of fun too!

In total there’s a lot of different thing and I definitely never get bored. After doing a big assignment it’s refreshing to be able to do a few quick and striking graphics.


Gil - where do you get your inspiration and how do you do the research for your drawings?
Dennis - When the theme of a game is determined I try and find out as much as possible what’s important for the game. For historical themes I read books, look at pictures and search the internet and even the library (I am kind of old school, I know). If possible I also look at art from that time and think if I could somehow use it for the game (for example – the cover and game board from “Hansa Teutonica” or the shape of the huts in “Hawaii”).

Movies are also always good for inspiration because they can impress a lot of people about a certain era more than the actual circumstances.

Oh yeah, I also collect „strange faces”  when I look through newspapers, magazines etc.  A few of them were drafts for the game “CROOKS”… 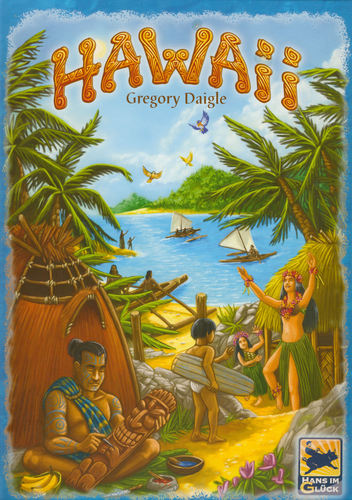 By true “gamer´s games” the mechanism is a lot  more important than the graphics.

But bad graphics always stand out negatively. Excellent graphics, that also help the player, also help how successful a game is.

The good thing about freak games is that the Graphic Designer can experiment a lot more and can try out new things. It’s played safer for games made for a wider audience….

Dennis - Unfortunately I hardly have any time to play myself ‚cos I’ve got so much work to do. Therefore, my favourite games are quite old:

My absolutely favourite game is “full metal planete“. I think it’s the perfect game. The games I’ve played the most are “Die Siedler” and “El Caballero” and spent lots of long, great evenings playing “Advanced Dungeons and Dragons”.

And then there’s „Talisman“  –  a classic! Not really a game ‘cos you can run around as long as you want to without really doing anything important in particular. There’s no obvious course of game but playing with a few friends whilst drinking a few beers is great fun.

The Game Authors who I’ve really become attached to are Inka and Markus Brand (Village). Up until now we’ve done two games together and each time it was great teamwork.

Dennis - Yes I think that games have an educational value, but more indirect and on a social level. If you sit with others around a table and you play, you must also learn to be a good loser. If you sweep the table after losing you probably won’t be invited to play ever again.

Games that have historical themes may help arouse the interest of kids and young people for that theme so that they want to occupy themselves more with it. I learn a lot during research about things I never knew before, for example about the ancient culture of Hawaii.

There are also games that are used within education. But I do think that the player should rather have fun than be taught!


Gil - What you know about Portugal? Have you ever visited Portugal?
Dennis - When I was little I went to Portugal with my family on holiday. I can’t remember much apart from nearly drowning in a pool. Despite this traumatic experience I don’t have any hard feeling towards Portugal – I promise!

Apart from that I know that you can go surfing in Portugal (which probably isn’t a very good idea if you’re someone who nearly drowns in a pool even when you’re wearing swim arm rings!) and one of my favourite Metal Bands, Moonspell, is from Portugal.

I might even manage a short trip to Lissabon this year; friends of mine are planning it ….

…and if I don’t drown this time, then I’ll be able to say more about Portugal


Gil - Thanks for taking the time to answer our questions, and we hope to see many more of your artwork in the future.

Dennis - Thanks to you too, it was a nice and fresh experience to tell people a little about me and my work – as an Illustrator I usually work behind the scenes. Which can sometimes be of an advantage – no one can complain when I come to work in my bathrobe, apart from my girlfriend maybe!